Jerome Wilson Rabinowitz (later Robbins) is born October 11, 1918 at the Jewish Hospital in New York City to Herschel and Lena Rabinowitz. His father is an émigré from Rozhanka, Russia. His mother, also an émigré, was raised in the American Midwest.

The Rabinowitz family sells the family delicatessen and moves to Weehawken, NJ. Herschel opens the Comfort Corset Company. The Weehawken ferry is the family lifeline to New York City where Jerry and his older sister Sonia take music lessons at the Miss Effa Ellis Perfield Studio.

At age six, Robbins performs his own music compositions in public. Lena takes Jerry and Sonia to Russia. 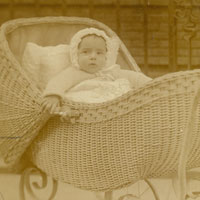 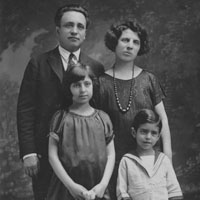 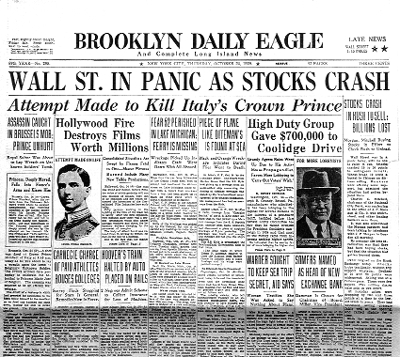 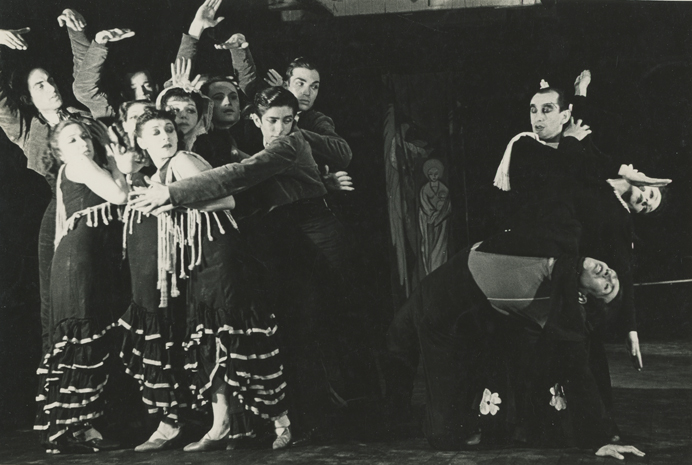 At age 13 Robbins has his bar mitzvah and graduates from Hamilton School. The family business is struggling and Lena works as the company foreman.

Robbins enters New York University; but does not find the coursework congenial.

Financial difficulties end Robbins’ college enrollment. The family provides financial assistance while Robbins seeks a job in the theater. If he does not succeed, he will begin work in the family corset factory.

Robbins is spellbound by the theater life. Sanford Meisner gives lessons to the Dance Center Company in “imagination and concentration.” Robbins immerses himself in all kinds of classes, including those of Martha Graham.

That summer Robbins works as a counselor at Camp Kittatinny where he is in charge of Gilbert & Sullivan operettas and teaches dance. Later, he is offered a 10-week contract at $200 plus room and board for the 1938 season at Camp Tamiment, a creative outlet for experimentation in dance, theater, music and film.

Robbins begins ballet training at the urging of Sandor. He studies with Ella Daganova, former member of the Pavlova company. He gets a job as a dancer in a comedy The Brothers Ashkenazi for $10-$15 per week.

In the fall, choreographer George Balenchine selects Robbins as one of the 11 men he needs for the Broadway show Great Lady.

The Shuberts produce a Broadway show of Liebman’s Tamiment revues. It is called The Straw Hat Review, Robbins is the choreographer. It is his first Broadway show, though he receives no billing. Robbins moves out of the family home into his first apartment, a furnished room at 873 Seventh Avenue in Manhattan. 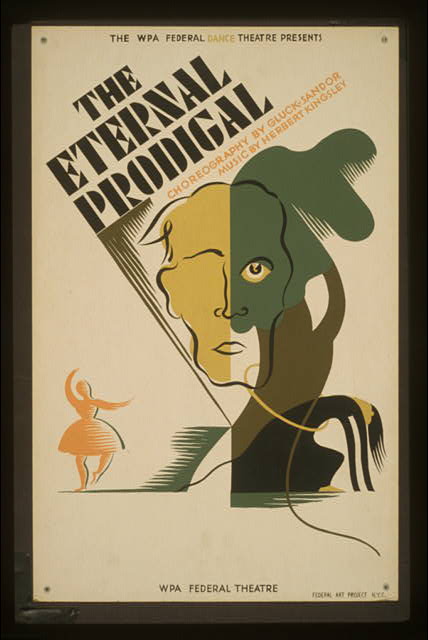 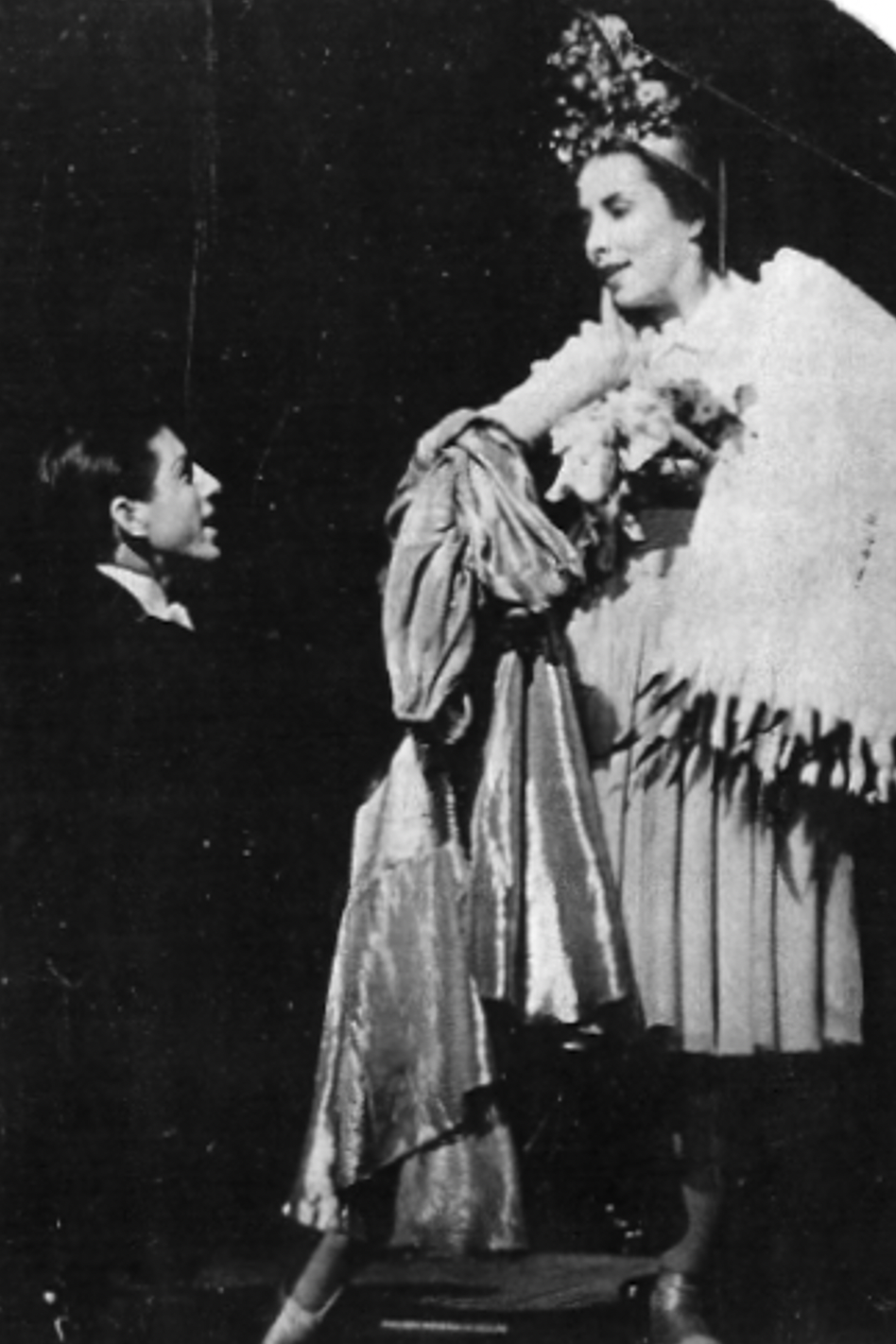 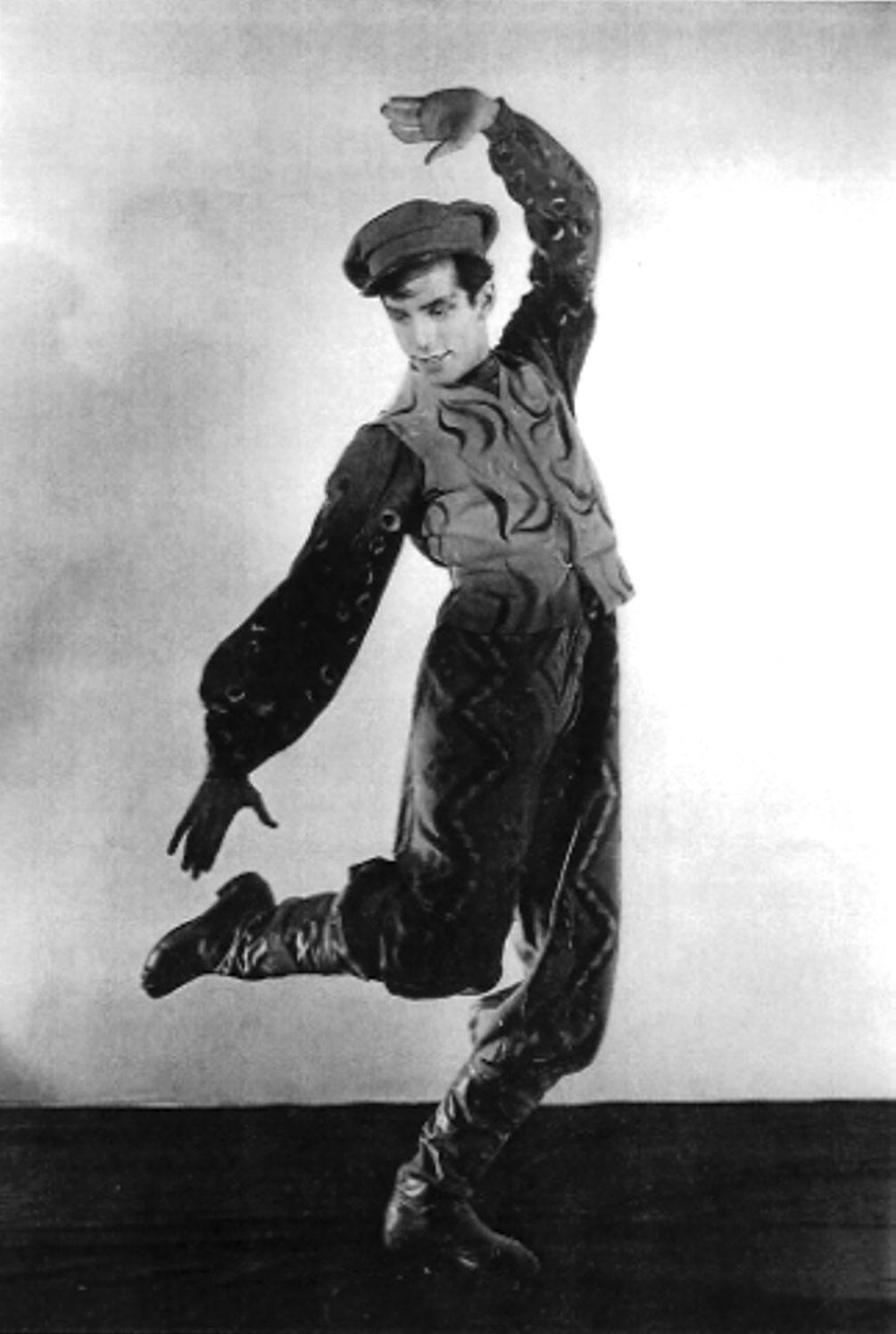 Robbins works with Balanchine a second time as a dancer in Keep Off the Grass. In June, he signs a two-month dancer contract with Ballet Theatre for the summer season, Robbins makes Ballet Theatre his professional home for the next four years.

Robbins promoted to soloist by Ballet Theatre. That summer he studies with Antony Tudor and Anton Dolin at Jacob’s Pillow. He pays $10 a week for class which includes room and board. Robbins is listed as Production Choreographer in his last summer at Camp Tamiment.

Ballet Theatre suggests to Robbins that he come up with an idea for a small ballet. He decides on an American-inspired piece. The idea involves six dancers. Searching for an American score he meets the thenunknown Leonard Bernstein.

On April 18 at the Metropolitan Opera House, with Leonard Bernstein on the podium, Robbins Fancy Free debuts and ballet history is forever changed. Robbins performs one of the three lead roles of sailors on shore leave in Manhattan.

Robbins and Bernstein turn to friends Betty Comden and Adolph Green to write the book and lyrics for On the Town, based on Fancy Free, which on December 28 opens to rave reviews. George Abbott directs.

Robbins moves to 24 W. 10th Street on the same block as Bernstein, Oliver Smith (set designer and co-founder of Ballet Theatre), and authors Jane & Paul Bowles. His apartment becomes a cultural hub for these frequent collaborators.

Robbins wins a number of awards, including his first Tony Award for Best Choreographer for High Button Shoes.

Robbins turns 30 and sees Balanchine’s Concerto Barocco, Orpheus and Symphony in C at the nascent New York City Ballet at City Center. Returning home, he writes to Balanchine “I’d like to work with you.” Balanchine replies, “Come on.” Robbins joins NYCB.

Robbins works with Balanchine on The Nutcracker, staging the “fight scene” in the ballet’s first act. For New York City Opera, Robbins directs Aaron Copland’s opera, The Tender Land. His mother attends the opening despite being ill. She dies on April 12. Later that year, he directs and choreographs Peter Pan

Robbins receives an Emmy Award for the televised version of Peter Pan.

The Concert, a comic masterpiece, would be the last ballet Robbins makes on NYCB until 1969.

Robbins creates Ballets U.S.A., a 16 member, ethnically diverse company of dancers for a visit to Spoleto, Italy. Robbins will frequently work and tour with the troupe. West Side Story wins Robbins the Tony Award for Best Choreography among many other honors. He has three projects on Broadway. Bells Are Ringing, West Side Story and Ballets: U.S.A.

Gypsy opens on Broadway on May 21. Ballets: U.S.A. visits seven international festivals and 16 European countries. On tour, Robbins tries to visit his father’s hometown; but finds it no longer exists.

Filmed in 1960 on the future site of Lincoln Center, West Side Story wins the Oscar for Best Picture and Robbins wins a spe cial Oscar for chore ography and shares the Academy Award for Best Director with Robert Wise.

American Ballet Theatre agrees to produce Robbins’ Les Noces to Stravinsky’s score. Robbins is production supervisor on the musical Funny Girl. It opens March 26 and is a huge hit. Fiddleron the Roof opens in the fall, and Robbins father, who is in the audience, is moved by how his son has captured the cul tural traditions of his own youth. Robbins is made a Chevalier de l‘Ordre des Arts et des Lettres, the first of several honors from the government of France.

ABT performs the world premiere of Les Noces on March 30. In June the National Endowment for the Arts grants Robbins $300,000 to establish an American lyric theater workshop, Robbins creates the American Theater Lab (ATL). He receives Tony Awards for Best Choreographer and Best Director for Fiddler on the Roof.

Robbins buys a town house at 117 E. 81st Street in Manhattan. It becomes his permanent home and office with a top-floor dance studio.

After two years of exhaustive experimental work, Robbins closes ATL. The purpose of the grant was to encourage innovation with no expectation of production.

Robbins returns to NYCB after an absence of 13 years with an hour-long masterpiece set to piano music by Chopin. On May 22, Dances at a Gathering is hailed by critics and audiences.

For the second time, Robbins collaborates on a Balanchine ballet, this time creating the “monster” section in Firebird.

After two years of studio development, in May, Robbins unveils the towering, 75-minute The Goldberg Variations to great acclaim. It marks a fascination with the music of J.S. Bach that will endure until the end of his life.

Robbins presents Watermill, an epic, Noh theater-inspired piece. It is a controversial sensation and takes its name from a small town on Long Island where Robbins kept a residence.

As part of the Stravinsky Festival, Balanchine and Robbins co-choreograph and appear in Pulcinella. Robbins creates four ballets for the historic celebration.

At age 56, Robbins steps on stage once more to perform an excerpt with other original cast mem bers of Fancy Free for ABT’S 35th Anniversary. He creates five ballets for NYCB’s Ravel Festival.

Robbins returns to the music of Chopin to create a pas de deux, Other Dances, for Natalia Makarova and Mikhail Baryshnikov that debuts at the Metropolitan Opera House. He is awarded the Handel Medallion, New York City’s highest award for cultural achievement.

Robbins creates the only new ballets to be made on Mikhail Baryshnikov during the dancer’s tenure at NYCB: The Four Seasons and Opus 191 The Dreamer. Robbins works on the televised Baryshnikov at the White House and the two meet President Jimmy Carter.

Robbins collaborates with Balanchine on the choreography for Le Bourgeois Gentilhomme for Rudolf Nureyev.

Robbins creates three ballets for NYCB’s Tschaikovsky Festival including Andantino and Piano Pieces. He creates The Jerome Robbins Chamber Dance Company (with NYCB dancers) for the first official U.S. Department of State cultural exchange to the People’s Republic of China. In December Robbins is named a Kennedy Center Honoree.

Balanchine dies on April 30. On December 6, Robbins appears as Herr Drosselmeier in the 1,000th performance of The Nutcracker, which also marks Peter Martins’ final performance as a dancer.

Robbins revisits and works on sections from his past musicals with original cast members. In the fall, he directs the landmark “Dancing for Life” AIDS benefit at the New York State Theater at Lincoln Center.

The process of revisiting his Broadway shows, begun the previoius year, evolves into Jerome Robbins’ Broadway, which begins a 22-week rehearsal period, unprecedented for a Broadway show, in August.

Jerome Robbins Broadway opens to great success and earns Robbins the Tony Award for Best Director of a Musical. NYCB celebrates his 70th birthday at its Spring Gala. In November, Robbins steps down as co-Ballet Master in Chief but maintains his affiliation with the Company.

Nureyev, then director of the Paris Opera Ballet, invites Robbins to set several of his ballets on the company.

A dog-lover all his life, Robbins had a number of beloved pets. He met one, a mutt, on the steps of The Metropolitan Museum of Art. She refused to leave the choreographer alone. He took her home and named her Tess. She will be with him on his bed on the day he dies.

NYCB presents a three-week Festival of Jerome Robbins Ballets during the spring, showcasing 27 of the choreographer’s greatest works.

Robbins held deep affection for young people throughout his life. He creates 2&3 Part Inventions (Bach) on students of the School of American Ballet which premieres at SAB’s Annual Workshop Performance in June, Robbins again works with Baryshnikov on A Suite of Dances set to Bach solo cello suites.

Robbins makes a last visit to his beloved Long Island beach cottage. He dies at home in Manhattan on July 29 at age 79.