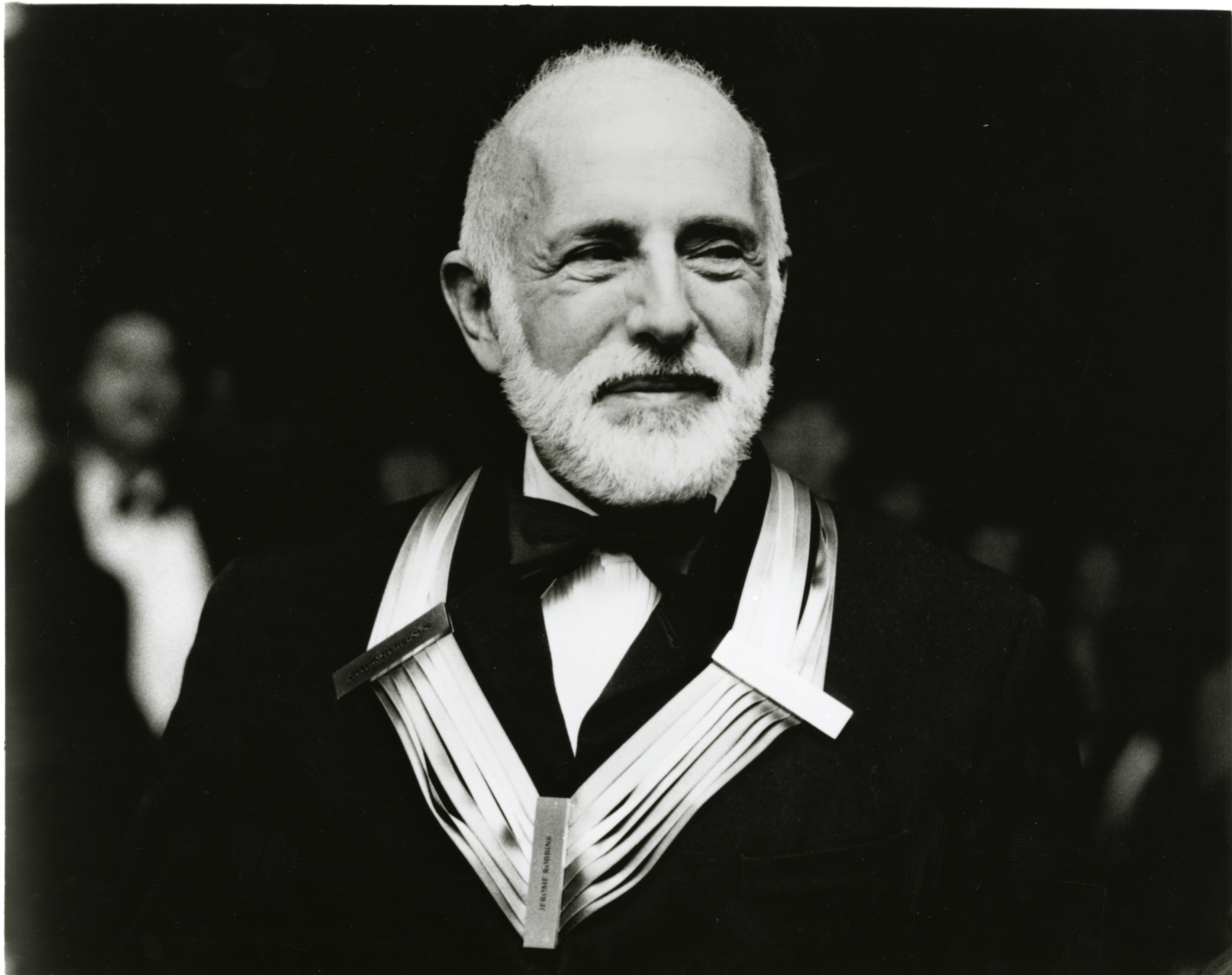 Jerome Robbins is world renowned for his work as a choreographer of ballets as well as his work as a director and choreographer in theater, movies and television. His Broadway shows include On the Town, Billion Dollar Baby, High Button Shoes, West Side Story, The King and I, Gypsy, Peter Pan, Miss Liberty, Call Me Madam, and Fiddler on the Roof. His last Broadway production in 1989, Jerome Robbins’ Broadway, won six Tony Awards including best musical and best director.

Among the more than 60 ballets he created are Fancy Free, Afternoon of a Faun, The Concert, Dances At a Gathering, In the Night, In G Major, Other Dances, Glass Pieces and Ives, Songs, which are in the repertories of New York City Ballet and other major dance companies throughout the world. His last ballets include A Suite of Dances created for Mikhail Baryshnikov (1994), 2 & 3 Part Inventions (1994), West Side Story Suite (1995) and Brandenburg (1996).